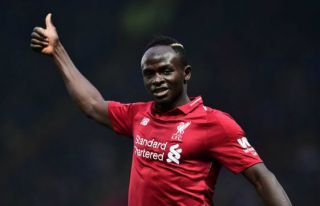 Sadio Mane has broken his own record of goals scored in a single Premier League season after hitting a brace for Liverpool against Watford tonight.

The Senegal international is in superb form for the Reds this evening to fire them into an early lead as they look to keep their place at the top of the Premier League table.

Having vanished a little in the 0-0 draw at Manchester United at the weekend, Mane has come to life tonight to score twice, and in doing so has now hit 14 league goals for Jurgen Klopp’s side this season.

That means the 26-year-old has now scored more this term than in any other previous campaign in English football, both with current club Liverpool and former side Southampton.

The last time Mane scored this many times in a single league campaign was back in 2012/13 when he was still playing in Austria with Red Bull Salzburg.

Not normally the most prolific scorer, it seems Mane has really added that to his game this season – and it’s not a bad time to do it as he’ll hope it helps fire Liverpool to the title.