The agent of AC Milan full-back Davide Calabria has dismissed talk of a possible move to Man Utd amid speculation of interest from the Red Devils.

The 22-year-old has established himself as a key figure at the San Siro, making 77 appearances for the Italian giants since making his breakthrough in the 2014/15 campaign.

Improving defensively coupled with an excellent work-rate and attacking qualities to offer plenty going forward too as well as the versatility to play on either side of the backline, it’s easy to see why he would interest other clubs around Europe.

However, based on his agent’s comments below, it would appear as though Man Utd are not an option for the Italy U21 international, as he has confirmed that no discussions have taken place with the Premier League outfit as Calabria is happy where he is.

“No real negotiations, no, but the interest is there and has been there. I’ve never sat down with anyone because of the simple fact that he’s happy where he is, he’s young and plays at high levels, it seems normal to me that he’s gaining interest from important teams. Manchester United have never called me, it has never gone beyond a few chats, it’s difficult to find better than Milan,” Gianni Vitali told Calciomercato.

“I prefer not to name them, but I can say they were a couple of English clubs and a couple of Spanish.”

Although United did sign Diogo Dalot last summer, the right-back position is problematic in the long-term with stalwarts such as Ashley Young and Antonio Valencia needing to be replaced eventually.

Further, there is a lack of depth on the left behind Luke Shaw, and so it’s easy to see why Calabria could potentially be a sensible signing for the Red Devils.

Nevertheless, it sounds as though Calabria’s more immediate future lies with Milan, who continue to chase a return to the Champions League for next season.

Video: Ball smacks Franck Kessie in the face during AC Milan vs Juventus 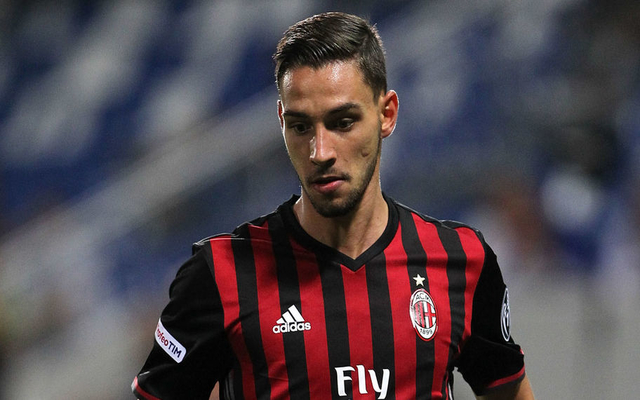