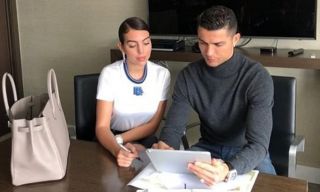 Not content with flourishing financially through football, Juventus superstar Cristiano Ronaldo is set to continue to build on his business portfolio and turn it into an empire.

The 34-year-old has continued to shine since moving to Turin last summer, as he looks set to win further silverware in what has been a glittering career on the pitch.

However, as noted by The Mirror, he continues to plan sensibly for life after football too as he’s set to open a hair transplant clinic in Madrid with his girlfriend, Georgina Rodriguez, set to operate as a manager.

According to the report, the initial investment has seen Ronaldo put €1 million in the venture, while he’s expected to pump a further €25m into it over the coming years to continue to help it expand and flourish.

This evidently isn’t the first business plan that he has been involved in and so he undoubtedly knows what he’s doing and is aware of the type of return and impact it will make.

With that in mind, we can only take our hats off to him as he continues to try and dominate both on and off the pitch and is certainly setting his family up for life with a legacy to leave behind.