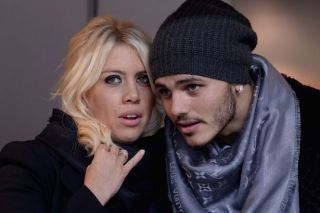 Mauro Icardi has issued a lengthy statement on Instagram as he addressed his situation at Inter after a controversial few weeks.

The Argentine was stripped of the captaincy earlier this month, and has since been left out of Luciano Spalletti’s squad with injury issues being the official line from the Nerazzurri.

With ongoing question marks over Icardi’s future at Inter as he yet to sign a contract renewal to extend his stay at the San Siro, it has led to significant speculation over a potential exit with wife and agent, Wanda Nara, seemingly at the centre of it all.

Icardi has reiterated his commitment to the club, but also made some more questionable comments which would suggest that an exit is still a possibility this summer.

“I don’t know if, at this time, there is love and respect towards Inter and I on part of those who make decisions,” he noted in his Instagram post, as seen below.

“I don’t know if there’s the desire on the part of someone to act and resolve things only and exclusively for Inter’s sake.

“Many things can happen in a family, good or bad. And out of love, one can stand for a lot of things.

“But respect must never be lacking. These are my values, these are the values ??for which I’ve always fought. In my story. At Inter. With Inter.”

Time will tell how the situation plays out, but the longer he remains out of the squad and with speculation rife that an exit could materialise, the 26-year-old hasn’t silenced the rumours entirely with this post.