The Red Devils secured a 3-1 at Selhurst Park thanks to Lukaku’s double and a late Ashley Young strike, ensuring that they stayed fifth in the Premier League table and one point behind fourth-placed Arsenal.

United remain unbeaten domestically under Solskjaer and seem to be playing with a renewed vigour going forward, with several key players enjoying a new lease of life.

Lukaku is among those to have benefitted from the Norweigian’s more direct approach, but he has seen Marcus Rashford steal his spot as the club’s main centre-forward, having to make do with either a place on the bench or a role out wide.

Rashford is not yet 100% fit after sustaining an ankle injury against Liverpool on Sunday, which gave Lukaku the chance to show what he can do up front and he grabbed the opportunity with both hands.

3? important points in the bag ?

The Belgian produced two fine finishes against the Eagles, much to the delight of Solskjaer, who singled him out for praise in his press conference after the game.

“He was through the middle. We created chances for him, he put them away well,” Solskjaer began, as per The Independent.

“He’s done loads of running up and down the line, right wing, left wing. He’s had a different role because of Rash’s form.

“He got a chance up front. Two very good finishes, could have had another one as well earlier on, so I’m very pleased for Rom. He is a quality finisher. 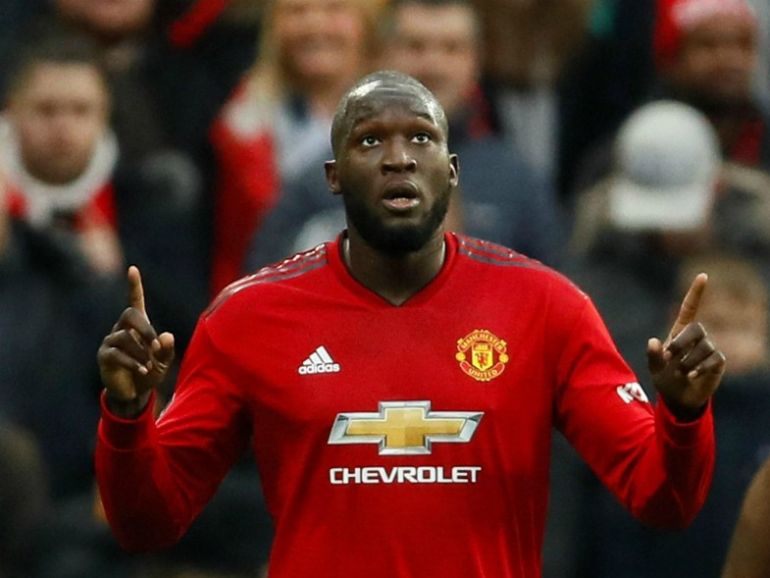 “It’s great to have him around the place, always happy, always working on his finishing. He’s played more than you think, but he’s played wide right, wide left, so it’s Rash’s form that has moved him out there. Now with Rash’s injury, he grabbed the chance.”

The Red Devils are now looking forward to a home clash against Southampton on Saturday before they gear up for a huge Champions League last-16 second leg tie with Paris Saint Germain next week.

Solskjaer could still be without a number of key players when the Saints arrive at Old Trafford, but the team’s latest performance suggests that there is enough quality left within the squad for them to cope admirably.

Lukaku has certainly done his chances of retaining a spot through the middle no harm at all and if he can pick up where he left off against Palace this weekend, Solskjaer will have a welcome selection headache on his hands heading into the PSG game.