Man City have been handed a big double injury boost ahead of their clash against Eddie Howe’s Bournemouth in the Premier League on Saturday afternoon.

A win or draw for City against the Cherries will see them go top for at least one day, as current league leaders Liverpool take on Everton at Goodison Park on Sunday afternoon.

And it looks like City may have two of their biggest stars back for the clash against the south coast side according to the club’s official website.

As per the club’s official site, both John Stones and Gabriel Jesus are back from injury and could very well play a part against Bournemouth this weekend.

This will come as a big boost for City, as Stones has been one of their most important and consistent stars so far this term.

The England international has proven to be a key part of City’s side this year, with the former Everton man firmly cementing a place in Guardiola’s starting XI over Nicolas Otamendi and Vincent Kompany. 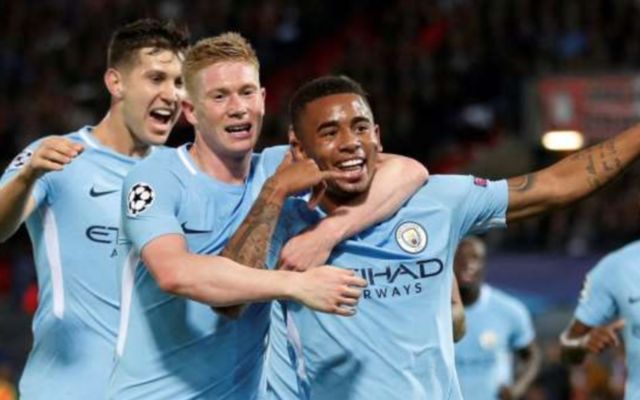 Both Stones and Jesus could play a part vs Bournemouth tomorrow

Jesus’ return will be great news for Guardiola, as it will allow the Spaniard to rest Sergio Aguero ahead of key matches against Schalke and Swansea in the Champions League and FA Cup respectively.

Tomorrow’s clash vs Bournemouth will be no easy game for City, as the Cherries have shown this season that they’re more than capable of causing an upset against some of the league’s biggest sides.

If City are to win the title this season, tomorrow’s game against Bournemouth is one they’re going to have to win, as if Liverpool were to open up a four-point lead over the Citizens on Sunday, the title would be firmly be in the Reds’ hands.