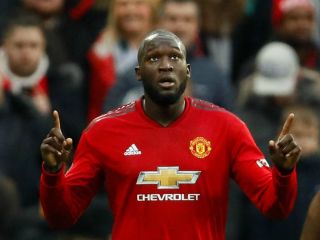 Speculation is rife over Romelu Lukaku’s future at Man Utd, and it’s now been suggested that he’s on Inter’s transfer shortlist for the summer.

As noted by The Sun earlier this week, the Belgian international was paired with a move to Juventus amid talk that he could be sold by Man Utd at the end of the season.

Having provided a reminder of what he’s capable of with a brace against Crystal Palace in a 3-1 win for the Red Devils on Wednesday night, there is a strong argument to back him staying at Old Trafford as he provides quality up front and a different threat in the final third with his physicality.

Nevertheless, interim boss Ole Gunnar Solskjaer has preferred a pacy and more dynamic front three in his 14 games in charge, with the likes of Marcus Rashford, Jesse Lingard and Anthony Martial getting the nod ahead of their teammate.

With that in mind, it’s easy to understand why there would be exit rumours, but now Sportmediaset claim that Inter have added Lukaku to their list of summer transfer targets to replace Mauro Icardi, along with Duvan Zapata and Edin Dzeko.

The Argentine has been stripped of the captaincy at the San Siro and has been left out of recent squads since, with the Nerazzurri noting that it’s injury related.

Nevertheless, it has certainly raised question marks over Icardi’s future at Inter, and so the Italian giants could be in the market for a new talismanic forward ahead of next season.

It’s suggested in the report that Zapata is the most likely solution and replacement, as an ‘agreement in principle’ exists between the two clubs.

However, if Lukaku emerges as a genuine option in the coming months, time will tell if he becomes the priority over Zapata and Dzeko for the Inter hierarchy.