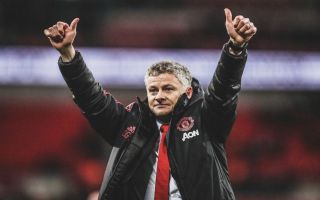 Interim Man Utd boss Ole Gunnar Solskjaer has been handed an injury boost for his side’s clash with Southampton on Saturday.

After being left on the bench for the win over Crystal Palace in midweek due to an ankle injury, Marcus Rashford is restored to the starting line-up this weekend.

SEE MORE: Boost for Man Utd, Real Madrid as prolific 133-goal ace could be available for bargain €50m or less

As noted by the Manchester Evening News, it had been expected that the England international would return, but confirmation has now arrived in what will be a huge boost for the Red Devils.

The 21-year-old has been in fine form this season, scoring 10 goals and providing eight assists in 34 games, and with no Jesse Lingard or Anthony Martial to offer pace and movement in the final third, his presence will perhaps be even more important to offer a different dynamic.

Meanwhile, there is one other change from Solskjaer as Andreas Pereira comes in for Fred in a potentially crucial midfield switch with the hosts expected to have plenty of possession at Old Trafford, and so starting the 23-year-old could be a smart move.

Meanwhile, to accommodate Rashford’s return to the line-up, Diogo Dalot drops to the bench for United.

Having won 12 of his 15 games in charge, Solskjaer will be desperate to continue that rich vein of form, especially in order to continue to pile the pressure on their rivals in the race for a top-four finish in the Premier League this season.

Although he’s still missing key players through injury such as Martial, Lingard and Nemanja Matic, the Norwegian tactician will hope that he’s got enough at his disposal to cope with their absence, as they did at Palace on Wednesday night.