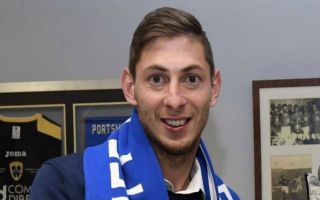 It has been reported that the pilot of the plane carrying Emiliano Sala which crashed in January may not have completed training to secure a commercial pilot’s licence.

Sala and pilot David Ibbotson tragically died after their plane crashed in the English Channel in January, with Sala’s body being recovered from the wreckage last month.

Sadly, Ibbotson’s body has yet to be found, but it’s hoped for his family that further searches will bring them the same closure on the heartbreak of losing their loved one.

According to the BBC, Ibbotson is said to have not been licensed to carry paying passengers, which in turn has led to suggestions that perhaps the flight was illegal.

Further, it’s added that he held a private licence in the UK and the US, and so could not carry passengers within the EU, other than on a cost-sharing basis.

Agent Willie McKay confirmed earlier this week that it wasn’t a cost-sharing flight, and so it remains to be seen what this latest development means in the investigation into the crash.

It’s crucial to note that the investigation is not yet completed and it is even stated in the BBC report that a deeper look into the circumstances surrounding the crash is needed before conclusions can be drawn.

Nevertheless, sadly for the families involved, it would appear as though this situation will continue to rumble on as further findings are published, with McKay himself noting that no-one should be blamed for the tragedy and noted trying to “vilify the pilot after a man’s death is a disgrace”.