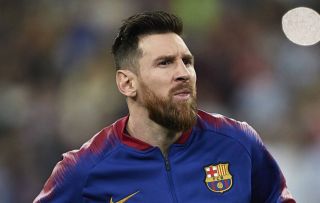 Lionel Messi has informed Barcelona that he’s keen to see the club bring in Real Madrid and Spain star Isco as a replacement for out-of-form ace Philippe Coutinho.

Isco has been struggling to hold down a first team place at Real since Santiago Solari was appointed manager back in October, with the former Malaga man often being left on the bench by the Argentine.

This seems to have been picked up on a by a few at Barcelona as per Don Balon, as it’s noted that Messi has told the club that he’s eager for them to bring Isco in to replace Coutinho.

Isco moving from Real to Barca would be absolutely huge, as transfers between the two clubs very rarely happen.

The Spaniard is a very similar player to Coutinho, and should he arrive at the Camp Nou in the near future, it would surely spell the end of the Brazilian’s time in Catalonia.

Coutinho has struggled to find form himself this season, with the Brazilian being kept out of Barca’s starting XI by a rejuvenated Ousmane Dembele.

Isco’s composure in possession and fantastic ability on the ball would see him fit in very easily at Barcelona, it just remains to be seen whether the Spaniard will actually end up joining up with Messi and Co at the Camp Nou in the future…