Real Madrid have been offered the chance to sign in-form Lille forward Nicolas Pepe, a player who’s already turned down the chance to join Barcelona this season.

Pepe has been one of the most form players in Europe this term, with the forward bagging a total of 17 goals and 11 assists in 29 appearances in all competitions, a return that is one of the best in around.

And it seems like Pepe’s performances could earn him a big move to Real Madrid if this report from Don Balon is anything to go off.

According to the report, Pepe’s agent has offered his client’s signature to Los Blancos, with it also being stated that the player himself believes this year will be his last in France.

The report also notes that Pepe had received an offer from Barcelona in the January window just gone, however the forward turned down a move to the Camp Nou as he didn’t want to play second fiddle to Luis Suarez. 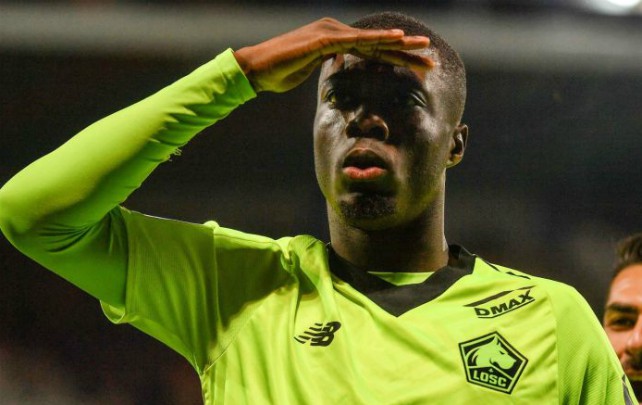 If Real had any sense about them, they’d take up the offer to sign Pepe in a heartbeat, as the Ivory Coast winger has shown this season that he has what it takes to become one of best forwards around in the near future.

The 23-year-old has all the attributes to become a top striker in the coming years, a factor that means Real should definitely think about signing the player, something that looks to have been made a little easier following this news…

Video: Nicolas Pepe is on fire with another goal for Arsenal as they cruise against Brighton
More Stories Nicolas Pepe