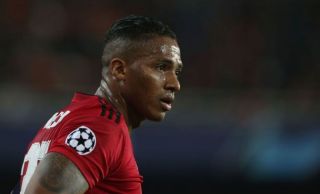 After interim Man Utd boss Ole Gunnar Solskjaer suggested that Antonio Valencia could leave Old Trafford this summer, a new captain will need to be appointed.

As seen in the video below, the Norwegian tactician was asked about a deadline yesterday for United to exercise their option to extend Valencia’s contract for another year.

Given the lack of an announcement since, it seems as though the Red Devils have declined to use that option, with Solskjaer essentially challenging the experienced Ecuadorian international to prove his fitness and quality in the coming months to convince the club to change their mind before the summer.

Time will tell if Valencia is capable of doing that, but amid exit speculation, The Sun report that Paul Pogba could be in line to be named the new club captain next season.

Whether or not that’s linked with Solskjaer currently being in charge and bringing the best out of the Frenchman is unclear, as a new permanent boss will surely have a major input into the decision ahead of next season.

Having scored eight goals and provided six assists in 11 Premier League under Solskjaer’s stewardship though, Pogba is arguably proving to be capable of being a leading figure on a consistent basis this season and so naming him club captain could be a sensible decision.

Time will tell if that’s the case though, as stalwart Ashley Young will surely be involved in the discussion given he is currently standing in for Valencia ahead of Pogba in the pecking order.

As for Valencia, with an expiring contract and the fact that he turns 34 this summer, the sensible decision from Man Utd will surely be to appoint a new club captain regardless and wish him well having been a great servant to the club.

? – The end of the road for Antonio Valencia at @ManUtd?