Manchester City have been dealt a big blow regarding key midfielder Kevin De Bruyne, after manager Pep Guardiola confirmed the Belgian will be out injured for some time after he picked up a hamstring problem vs Bournemouth.

De Bruyne had to be taken off against the Cherries due to injury, as City beat Eddie Howe’s side to return to the top of the Premier League table.

Following the game, Guardiola has confirmed the extent of De Bruyne’s injury, as according to the Sun, the Spaniard stated “Kevin will be out for a while with a muscular problem – hamstring.”

This news comes at the worst possible time for City, who are still in with a big chance of winning all of the FA Cup, Premier League and Champions League to go along with the League Cup they won last month.

De Bruyne is arguably City’s best player, and not having him available for selection will be a big blow for Guardiola, one that could possibly derail City’s quadruple hopes. 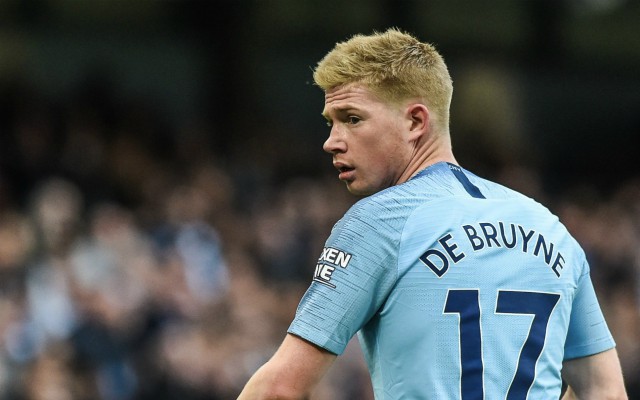 City currently sit one point clear of second place Liverpool in the Premier League following this weekend’s results, something that will fill their players will the belief and confidence that they can become the first team since 2009 to retain their Premier League title.

However, it looks like City are going to have go through part of their run in without De Bruyne if Guardiola’s words are anything to go by…