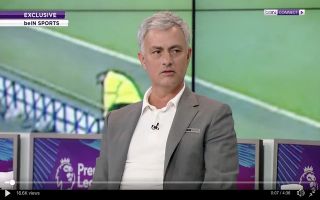 Mourinho was speaking about the race for the Premier League title whilst covering the Merseyside derby as a pundit for beIN Sports, the 56-year-old was alluding to the fact that Liverpool’s players may have taken their foot off the pace because they are too worried about what is happening with Manchester City rather than their own performances.

Liverpool haven’t been as dominant since the turn of the new year and City have managed to not just cut down Liverpool’s lead but move ahead of them, Liverpool have gone from being the leaders to being the chasers.

The moment Mourinho first knew the Liverpool players were feeling the heat in the title race.#beINPL #beINMourinho

Liverpool have now lost their top spot to Manchester City, Pep Guardiola’s side have a one point lead over Jurgen Klopp’s side. The fact that Liverpool have managed to squander a ten point lead at the top is truly astonishing. 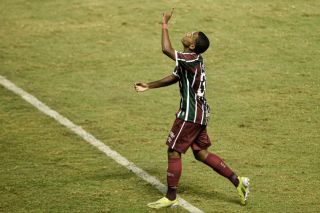 Video: Manchester City’s wonderkid registers a goal and assist in 45 minutes of playtime for Fluminense