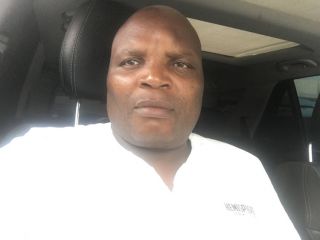 Tornado FC boss Siphiwo Nyobo has been shot dead after he attended a game in Eastern Cape.

It’s reported by Times Live that the tragedy occurred after Nyobo was watching a game at the North End Stadium in South Africa.

Further details claim that he was shot in his car after being approached by three gunmen, but an investigation will undoubtedly now take place to try and uncover the motive behind the attack.

Nyobo is described as a ‘prominent businessman’ and ‘traditional healer’ in the report, while it’s added there were other passengers in the car at the time of the attack, who have been taken to hospital.

Naturally, the shock and sadness over the incident has been felt across South African football, with tributes beginning to pour in from other clubs as the search seemingly goes on to find Nyobo’s killers.

Ajax Cape Town would like to send out their heart felt condolences to the Tornado FC family and fans after the owner Siphiwo “Mawawa” Nyobo died this afternoon. RIP

We would like to send out their heart felt condolences to the Nyobo family, Tornado FC family and fans after the owner Mr. Siphiwo “Mawawa” Nyobo tragically passed away this afternoon. Wanga umphefumlo wakho angaphumla ngoxolo…