Amed SK faced Sakaryaspor on Saturday, but concerning scenes were spotted prior to the game getting underway, as seen in the video below.

As per reports, it’s been suggested that Mansur Calar brought a concealed, sharp object onto the pitch and used it during an altercation with Ferhat Yazgan.

That can be seen in the videos published on Twitter below, while Yazgan himself posted an image on his Instagram account to show the marks left on his neck after the clash.

It’s yet to be fully confirmed what caused the scratches, but ultimately this is a shocking development which has seen this rivalry go way too far with player’s safety now under threat.

As seen in the videos below, it appears as though Calar initially sticks the sharp object into Yazgan from behind, but as they clash again later on, he’s seen with his hand by his throat, which perhaps has led to the injuries that he sustained.

It remains to be seen what action is taken by the Turkish authorities, as evidently this has to be dealt with in a swift manner with the necessary disciplinary measures being administered.

Nevertheless, that won’t make it any less shocking to see on a football pitch as tensions clearly went well over the line in this one. 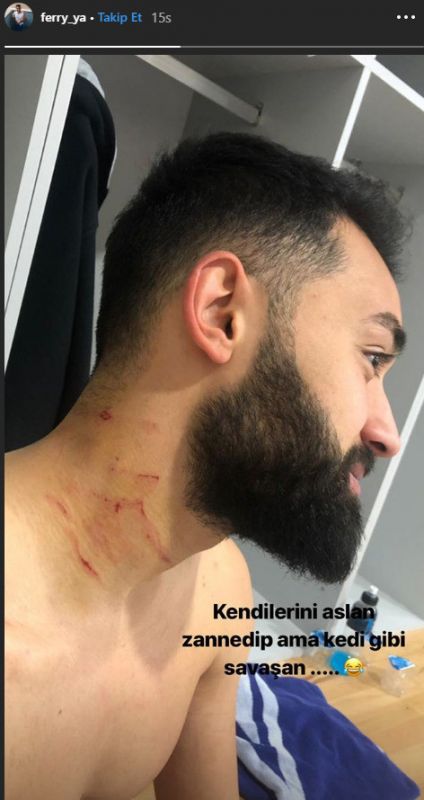