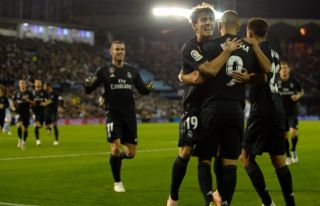 Real Madrid winger Gareth Bale is reportedly keen to be allowed a transfer to Manchester United after a difficult time at the Bernabeu.

The Wales international has not been at his best for Real for some time now, and it is little surprise to see growing talk that he could be on the move this summer.

That speculation is only likely to increase after tonight’s big result as Los Blancos lost 4-1 at home to Ajax to exit the Champions League in surprising and humiliating fashion.

According to Don Balon, Man Utd are offering €80million to try to bring Bale to Old Trafford, though that is unlikely to be enough to persuade Madrid to let him go.

For all his struggles, the 29-year-old remains one of the biggest names in world football and was an expensive purchase for the Spanish giants just a few years ago. 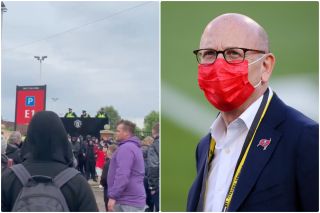 Video: Man United fans in sync as they sing that owner Joel Glazer is ‘gonna die’ as protests before rescheduled Liverpool tie heat up

Man United vs Liverpool protests: Man United forced to take desperate action to get players into the ground 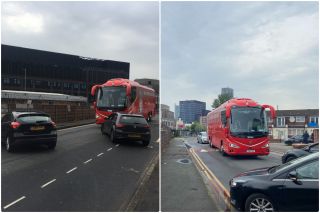 It remains to be seen if some compromise can be reached, but Don Balon do claim Bale wants to be allowed this move.

If United can sign him, the former Tottenham man could end up being an ideal replacement for the struggling Alexis Sanchez if he can get anywhere close to his form the last time he played in the Premier League.