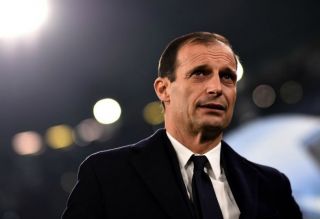 Juventus are reportedly open to selling Douglas Costa this summer as they prepare to launch a raid on Fiorentina for Federico Chiesa.

The 21-year-old is enjoying an impressive campaign, scoring 11 goals and providing eight assists in 29 appearances for the Viola.

With a bright future for club and country ahead of him, it could prove difficult for the club to keep hold of him if his ambitions and talent outweigh their ability to convince him to remain.

With that in mind, Tuttomercatoweb, via the paper edition of Tuttosport, report that Juventus are ready to launch a €60m+ offer for the Italian international, and they’re ready to offload Costa in order to raise funds and create space in the squad.

It’s a sensible strategy assuming that they can find a buyer for the Brazilian international, as coach Massimiliano Allegri has a whole host of options at his disposal in attack, and signing another wouldn’t make a great deal of sense unless there was an exit first.

It could prove to be a difficult task in selling Costa though, with the 28-year-old contributing just one goal and two assists in 24 appearances so far this season.

Nevertheless, he does still have his strengths in terms of his pace, movement and eye for goal in the final third, but with Chiesa younger, homegrown and arguably capable of making a bigger impact in the years ahead, it seems like a no-brainer in trying to replace Costa with the Fiorentina ace.

As noted in the report above though, there is interest from Manchester in Chiesa, and so Juve may be well advised to move quickly to snap him up ahead of the competition. Whether or not their historical rivalry with Fiorentina prevents that from happening, remains to be seen.