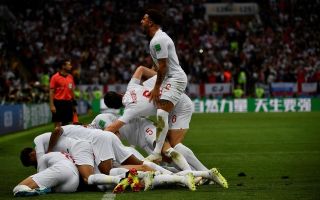 Manchester City right-back Kyle Walker took to Twitter earlier today to brutally troll one of his England teammates. This isn’t the first time that Walker has got one up on the star.

Walker brought back a hilarious meme that he started after England’s World Cup run this summer in order to congratulate Leicester centre-back Harry Maguire on his 26th birthday.

A photo of Maguire speaking to his girlfriend after England’s penalty heroics against Columbia went viral and Walker has put his own twist on the picture several times since it went viral.

"I mean yeah you can take me out for my birthday, sure. I'm not free weekends though. Dunno if you know but I'm a pretty big deal. Know what I mean love?" pic.twitter.com/UP4mtD3eyj

Here’s the conversation that followed between the pair, Walker eventually gave ‘slabhead’ a traditional happy birthday:

Walker caused controversy with one of his interpretations of the viral pic recently, the 44-time England international quickly deleted the post – but of course it was screen-shotted immediately:

Walker’s prediction if you like has been more than fulfilled, Manchester City are now top of the league after Liverpool’s form took a hit recently.