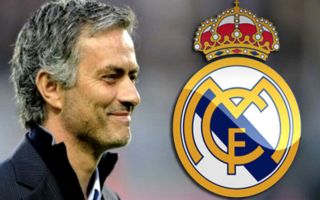 Some Real Madrid fans went to extremes after their side’s shock 4-1 defeat to underdogs Ajax this evening, it seems that some fans are becoming tired of Santiago Solari.

You’d think that Madrid would be ready to bounce back from two losses to Barcelona in the past week by turning in a impressive performance against Ajax – Los Blancos couldn’t have been further from the races than they were this evening.

Solari – a former Los Blancos player – looked as though he managed to steady the ship after Julen Lopetegui’s dismal run as Madrid boss at the start of the season. Fans would have hoped that Solari would steer them to a piece of silverware this season – but their season has come to nothing in the space of a week.

Madrid wasted a one-goal aggregate lead by being hammered 4-1 this evening, in the last week Madrid have lost the chance to win anything at all this season – to make matters worse they’ve squandered their chances of silverware this season in front of their own fans – this is Madrid’s worst home form in nearly 15 years.

At the end of tonight’s game it was revealed that some Madrid fans were calling for the return of Jose Mourinho as boss.

This is according to Spanish football journalist Kiyan Sobhani:

You can hear the fans outside screaming for Jose Mourinho. Man this is rock bottom

Jose Mourinho could be eager to test himself at Madrid once again – the former Manchester United boss was in charge of Los Blancos from 2010 to 2013. Real Madrid president Florentino Perez may bite the bullet and make a managerial chance in a bid to get Madrid back to the top.

And in case you thought I was kidding about Real Madrid fans chanting that they want Mourinho, here you go: #ElClasico pic.twitter.com/DZ05gCmRti

The results of the last week have spelled an end to Madrid’s era of dominance.