Former Manchester United boss Jose Mourinho has revealed why he failed to get the best out of club talisman Paul Pogba during his reign at Old Trafford.

The Portuguese boss was sacked by United in December last year, after a string of poor results which saw the team fall out of contention for the Premier League title and a top-four finish.

During the first half of the 2018-19 campaign, Mourinho’s antics on the touchline and in front of the media overshadowed his side’s performances on the pitch, with widespread reports of player unrest within the dressing room also circulating – as per the Daily Mirror.

Mourinho’s volatile relationship with Pogba was the subject of the most intense discussion and according to the Mirror, the Frenchman was ready to secure a move away from the club in 2019 to escape the tyrannical boss.

Since the 56-year-old coach was dismissed, however, Pogba has taken centre stage under caretaker manager Ole Gunnar Soslkajer, spearheading a revival which has seen United storm their way back into the final Champions League spot.

Mourinho, who has been serving regularly as a pundit on beIN Sports since the turn of the year, opened up on his time working with Pogba over the weekend, explaining exactly why the pair failed to see eye to eye.

“You try to always to find solutions for the problems,” Mourinho told beIN Sports. “There is one problem that I cannot find a solution which is – when the player is playing he likes the manager when he’s not playing he doesn’t like the manager. 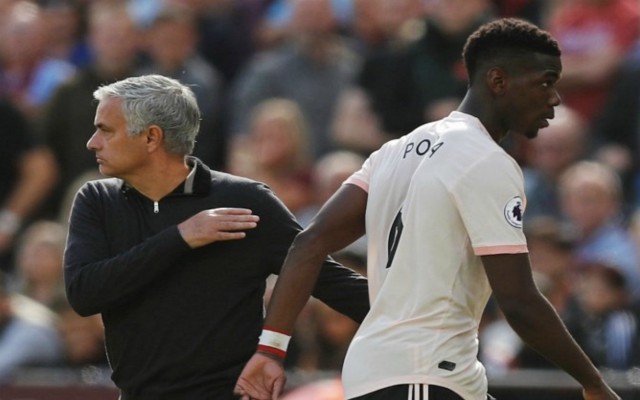 “This is something basic that you can try to control a little bit, but that’s the nature and that nature you’re not going to change.

“Then, I think it’s about like in every job in the world with human beings, we like some people more than others. That’s normal.”

The Red Devils are now gearing up for a huge Champions League showdown against Paris Saint Germain in France on Wednesday evening, in the second leg of their last-16 tie.

Solskjaer’s men are 2-0 down from the first leg and Pogba will play no part in the match in Paris, having been sent off during the defeat at Old Trafford in February.

That particular game is the only blot on Pogba’s record so far this year and at the moment, he seems to be enjoying his football more than ever in a more advanced role which offers him the freedom to express himself.

Mourinho and Pogba never managed to click at the Theatre of Dreams – in no small part due to the fact that they are both egotistical men determined to be the top dogs at their clubs.

Pogba ultimately outlasted the Portuguese tactician at United and Solskjaer would do well to keep the club’s star man happy in the future or risk suffering a similar fate.