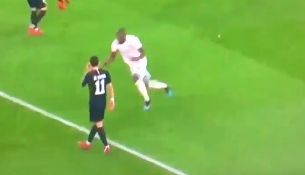 The England forward stepped up to score a memorable winner for the Red Devils as they won 3-1 away to Paris Saint-Germain, going through to the Champions League quarter-finals on away goals.

The Argentine lapped it up a few weeks ago when PSG won 2-0 at Old Trafford, so no wonder some fans are enjoying this moment from Lukaku to rub it in to their former player!

Lukaku celebrating in front of Di Maria after the penalty ? pic.twitter.com/EvMjjzmhRN

Lukaku is all of us… Celebrating right in Di Maria’s face ?? #PSGMUN #mufc pic.twitter.com/e0B4LNbJRp

I’m never slandering Lukaku against after doing that to Di Maria. https://t.co/vkMearfsNf

Lukaku is already a club legend for celebrating in front of Di Maria ???

Lukaku celebrated Rashford’s penalty in front of Di Maria. I love it. ????pic.twitter.com/INcDA7bIAL 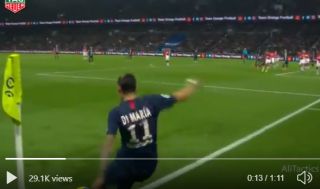