Arsenal and Liverpool may have been given some encouraging transfer news as James Rodriguez now looks likely to move to the Premier League instead of return to Real Madrid.

The Colombia international is on loan at Bayern Munich from the Spanish giants, but will be coming to the end of that agreement this summer.

According to Don Balon, however, Rodriguez should now make his move to Bayern permanent for £38million before then being offloaded to either Arsenal or Liverpool.

The report names those two clubs as being the leading contenders for Rodriguez’s signature, though Bayern would perhaps ask for around €60m to let him go once they sign him permanently, allowing them to make a decent profit.

This development is said to be down to the fact that Zinedine Zidane could be returning as Real Madrid manager, which Don Balon state would persuade Rodriguez not to go back there. 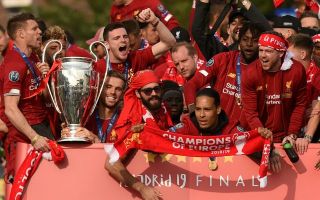 Arsenal could do with the 27-year-old to come in as an upgrade on players like Alex Iwobi and Henrikh Mkhitaryan in their attack, so this rumour will surely go down well in north London.

Liverpool, meanwhile, are yet to really replace Philippe Coutinho, so could do with Rodriguez coming in to add more depth in attack.