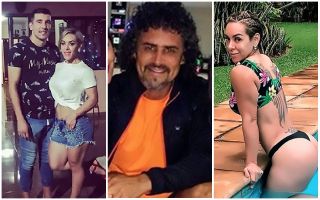 Libertad de Paraguay have reportedly sacked coach Leonel Alvarez after allegedly sleeping with the wife of one of his players.

As per The Sun, it’s suggested that Alvarez had an affair with Patty Gonzalez, the wife of midfielder Edgar Benitez.

However, she has taken to social media and denied the rumours, insisting that they are false and has implored those at the club to clear up the speculation.

Bizarrely, the report takes another twist as it’s claimed that Libertad striker Tacuara Cardozo has had an affair with Alvarez’s girlfriend, and so perhaps that ties in with what Gonzalez has claimed.

“I assure you it’s completely false,” she is quoted as saying. “From my side, it’s clearer and I hope people from the club clear up the situation at some point.

“The truth is that we have nothing to do with the situation, we are unconnected with what happened.”

Time will tell how the situation plays out, but it’s noted that Alvarez has now lost his job because of the whole mess, as clearly that is not acceptable behaviour from a head coach if the allegations are accurate.