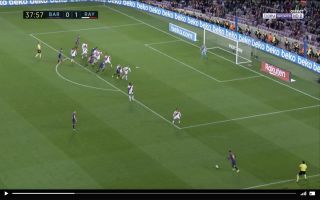 In the 38th minute of the clash, Messi whipped in a lovely free-kick and Pique headed into the back of the net after Vallecano’s defence failed to track the Spaniard’s run.

Pique has shown at crucial moments this season that he’s still the main man in Barcelona’s defence at the age of 32, the former Manchester United ace turned into two solid defensive performances vs Real Madrid recently.

Messi whips in the cross, and Pique heads in! ??#LaLiga pic.twitter.com/n0aRU1VGH7

Barcelona can extend their lead at the top of La Liga to seven points with a win this evening.