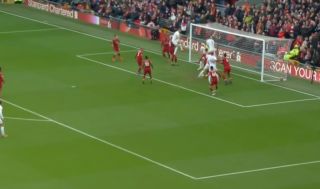 Burnley have taken a shock lead against Liverpool at Anfield today thanks to a goal direct from a corner kick by Ashley Westwood.

However, looking at this goal again, it looks like Liverpool goalkeeper Alisson was clearly fouled, possibly by more than one Burnley player.

The Brazilian has had his fair share of critics this season, but he’s clearly being prevented from being able to catch the cross.

Liverpool have it all to do now as they face falling even further behind Manchester City in the title race.