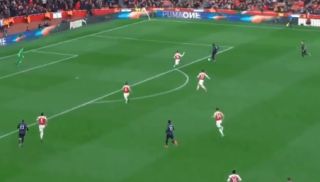 The Belgian can play too, with this sublime first touch from a long ball from Paul Pogba showing what he’s all about when he’s on his game.

even as a gooner this is absolutely gorgeous. I can appreciate it because they didn’t score. But my lord ? pic.twitter.com/Tp7Hp3Pgke

Got a crap first touch Lukaku hasn’t he ?????pic.twitter.com/yfm4C0FdlB

People on Twitter are absolutely loving it, with even an Arsenal fan praising the beauty of the control from Lukaku.

Still, it’s not been the best first half by Man Utd, who trail 1-0 to the Gunners at the break as their unbeaten Premier League run under Ole Gunnar Solskjaer comes under serious threat.

I’m the first to slander lukaku but can we please appreciate this touch ??? https://t.co/1N6CQsm6FD

Lukaku isn’t playing around anymore. How about that touch ?#MUFC pic.twitter.com/FN97vBjhWS

LuKaKU hAs nO fIrST tOuCh!!! pic.twitter.com/rW7A9Wwt8h

That long pass from Pogba, looks like Lukaku have worked on his first touch #ARSMUN pic.twitter.com/hHhZ61YyY3 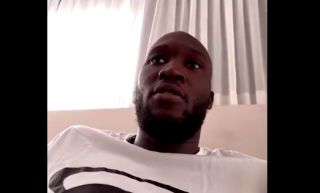 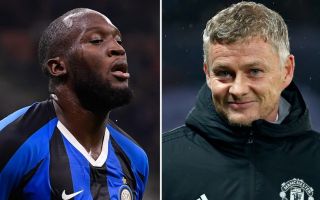