Manchester City are reportedly eyeing up moves for Real Madrid stars Isco, Marco Asensio and Alvaro Odriozola, with the club willing to break the bank to bring the trio to the Etihad.

Man City already have one of the best squads in world football, and should they sign Isco, Asensio and Odriozola in the near future, it could be the signings the club need to rule English football for years to come.

As per Don Balon, City are eyeing up the three Spaniards, with the club ready to put down an offer of £172M (€200M) for the trio.

Isco’s arrival at City would see the club sign a fine replacement for David Silva who, at 33 years old, doesn’t have many seasons at the Etihad left.

Asensio’s signing would see the club bring in yet another quality winger to add to the likes of Raheem Sterling, Leroy Sane and Riyad Mahrez, three players Pep Guardiola already has the luxury of choosing from.

Odriozola would undoubtedly be a back-up for Kyle Walker at right back, with the Spaniard potentially replacing the England international in City’s starting XI in the coming years depending on how quickly the former Spurs man declines. 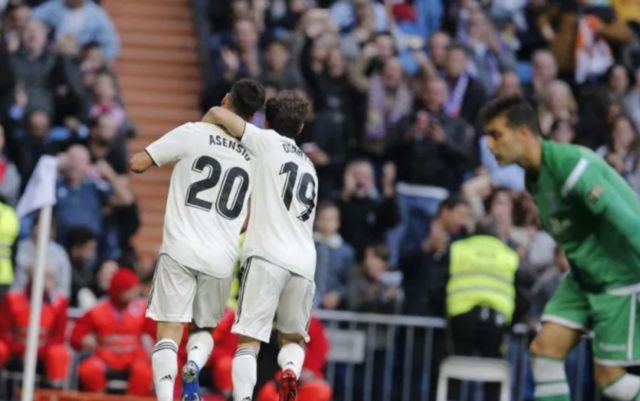 City are eyeing up Asensio and Odriozola, as well as City, in a sensational triple swoop

City adding these three Real Madrid stars to their squad is something we’re sure the club’s rivals don’t want to see happen, as if it does, they may have no chance of stopping City’s potential dominance of English football in the years to come.