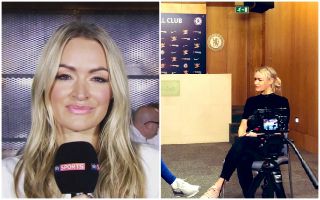 Sky Sports and talkSPORT reporter Laura Woods got an unsavoury tweet after an interview with Gianfranco Zola, but it was worth it for her brilliant response.

As seen in her tweet below, she shared a snap of her interview with the Chelsea legend ahead of their clash with Wolves on Sunday.

However, she got a distasteful tweet from one Twitter user, as seen below, but dealt with in brilliant fashion with a hilarious comeback.

Naturally, she’s got thousands of likes since she posted it, and it’s arguably the best way to deal with, and silence, the trolls rather than let such silly comments negatively affect her.

Well played Laura, certainly had us chuckling over this one…

When your mum makes space for the rest of us