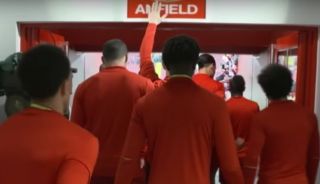 Liverpool captain Jordan Henderson may have inadvertently got himself in a spot of trouble with manager Jurgen Klopp before the game against Burnley.

The Reds won 4-2 yesterday to keep up the pressure on league leaders Manchester City, but the Daily Mirror spotted a picture that could yet mean trouble for Henderson. 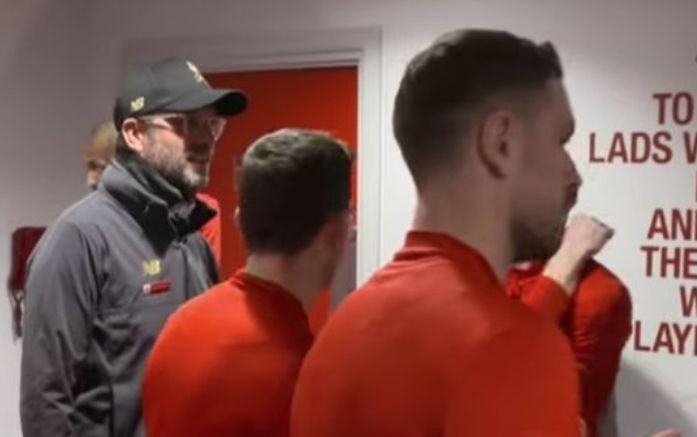 Did Klopp notice what Henderson did in the image above?

They claim Henderson went against Klopp’s rule of not touching the This Is Anfield sign before a game until they win something, with Henderson’s only trophy with the club coming before the German tactician took over.

It’s perhaps unlikely to mean any kind of big punishment, but it will be interesting to see if the England international does it again any time soon.