Liverpool could miss out on millions if Philippe Coutinho leaves Barcelona to join Manchester United during the next transfer window.

The Daily Mirror reports that the Brazilian playmaker has been in contact with several members of the United senior squad over a possible £100 million summer move to Old Trafford.

Coutinho has endured a difficult year at the Camp Nou and seems to be edging closer to the exit door with each passing game, with Blaugrana fans booing him off the pitch after a 3-1 win over Rayo Vallecano at the weekend.

Liverpool will be keeping a close eye on his situation, according to The Mirror, because they stand to lose out on up to £17.6 million in bonus fees if United do indeed launch a transfer swoop. 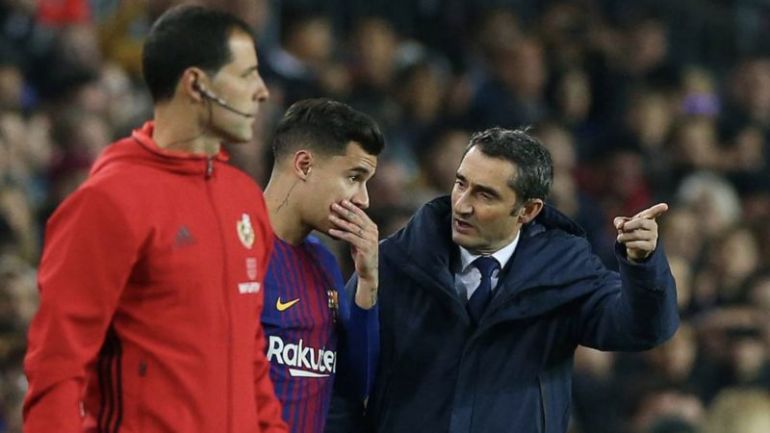 When Coutinho completed his lucrative £142m move to Barcelona in January 2018 (fee confirmed by the Mirror), the Reds included a number of bonus clauses in his contract.

Liverpool are owed £4.4 million every 25 La Liga matches Coutinho manages until he reaches the 100 mark, but he is currently seven games away from his 50th appearance for the club.

The Reds are also due to receive an extra £4.4 million if Barcelona manage to win the Champions League, but if Coutinho leaves the club prematurely this summer then the club will miss out on most of those fees.

This latest news will surely come as an unhappy surprise to Liverpool fans across England, who will surely be praying that Coutinho doesn’t betray them to end up at the Theatre of Dreams later in the year.

The 26-year-old spent five seasons at Anfield and contributed a great deal to the cause while establishing himself as one of the best young midfielders in Europe, but that would all be forgotten if he joins United.

Now that it has been revealed Liverpool stand to lose a sizable chunk of money in any possible deal, the situation is even more unthinkable for the club, but it remains to be seen whether or not the Red Devils will submit a formal offer when the market reopens.