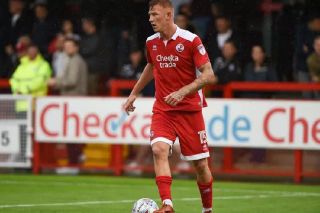 Josh Yorwerth has revealed that he attended an FA hearing after taking cocaine and drinking prior to being handed a four-year ban.

The 24-year-old has been hit hard by the disciplinary action, as he sat down and detailed his struggles and the remorse that he now feels over his actions.

Time will tell if he has the opportunity to rescue his career in the future, but for now, he has to face the consequences of those actions for the life that he lived off the pitch.

“I had a pre-hearing at Wembley to give my version of events about the night the testers came to my house,” Yorwerth told SunSport.

“I’d slept for one hour, was stinking of booze and I’d used cocaine the night before. I’m sitting there in a waistcoat and a Dickie Bow thinking to myself: I need help here.

“What am I going to do now?!” he says. “I haven’t got any training, I’ve never done anything else.”

Yorwerth goes into further detail in the interview on how he tried to evade a drug test, but was later called into his manager’s office before being sacked by the club.

“There was a knock at the door at about 9.30pm,” he recalls. “I went to the door and saw there were two guys there, seen they were from the FA and had a bag, and I backed off straight away.

“They knocked for an hour-and-a-half, went away for 20 minutes then knocked again. I was in so much shock and panic. I thought, ‘That’s two years suspended now with cocaine use’.

“I went into training as normal. I thought they wouldn’t have enough evidence to prove it was me at the door. But nine days later I was called in by the manager [Steve Evans].”