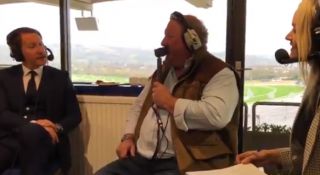 Parlour admits it’s gone wrong for Sanchez at Man Utd despite being superb in his time at his old club Arsenal, and he thinks the Red Devils should try exchanging him for Bale.

"Man United should go to Real Madrid and try to do a swap."

What do you make of this? ? pic.twitter.com/umOZKQd28x

We’re not sure how realistic this is, with Sanchez hardly looking a tempting option for a top club like Madrid right now following his Old Trafford struggles.

Still, the Chile international was not so long ago one of the best in the world and has shone in La Liga in the past with Barcelona, so perhaps there’s some sense in persuading Real this could be the move for him to rediscover his best form.

Bale would no doubt be a fine signing for United if they could get him, looking more suited to their style of play and having shown himself to be able to influence big games like last season’s Champions League final despite his own struggles for consistency in Spain.