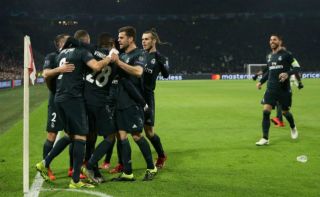 Manchester United are reportedly not offering enough money for the transfer of Gareth Bale at the moment, with Real Madrid wanting £128million.

This is according to Spanish source Don Balon, who claim Bale wants the move to Old Trafford and who could make life difficult for his current club if he isn’t granted the move.

The report explains that Bale only wants to join Man Utd, and would otherwise just stay at the Bernabeu despite not looking like having much of a role in the team.

It remains to be seen who will blink first here, but it seems sensible for United not to be bullied into paying over the odds for the Welshman amid his slump in form this season.

At the age of 29, it might be a bit rich asking for as much as £128m for Bale, who, for all his qualities, only has a few more years left at the highest level even if he can get back to his best form.

United could certainly do with a player like the former Tottenham winger in their ranks after Alexis Sanchez’s struggles, but there could of course be other quality options out there for more reasonable prices.

The Independent have recently linked the Red Devils with an interest in Philippe Coutinho and Jadon Sancho, who could also be fine options to strengthen their attack.