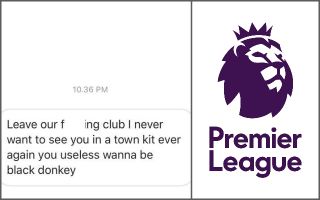 Premier League midfielder Philip Billing took to Twitter last night to reveal racial abuse he received via Instagram, it’s disgusting to see behaviour like this in this day and age.

According to BBC Sport, Huddersfield have contacted the police over the racial abuse that Billing has received, in a statement the club had this to say:

“Huddersfield Town does not tolerate abuse of any kind and has a zero-tolerance stance towards any form of discrimination. We will give our full co-operation to the police to deal with this matter in the strongest possible way.”

Huddersfield are at the bottom of the Premier League, the Terriers are 16 points off safety so it may be time for new manager Jan Siewert to prepare the side for life in the Championship next season.