Arsenal left-back Sead Kolasinac has probably won Instagram post of the day with this image below of himself and Pierre-Emerick Aubameyang.

The Bosnian celebrated with the Gunners striker after his second goal in the Europa League win over Rennes, when he pulled on a mask as part of the celebration. 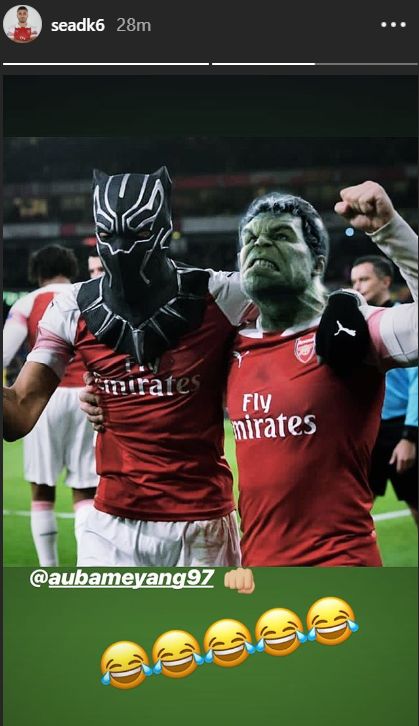 Kolasinac then edited his own picture alongside Aubameyang’s Black Panther mask, along with five laughing emojis.

Not only is this strong Photoshop work by the Gunners defender, but it shows a great sense of humour as well that fans will love on a night of a great result and performance overall.