Barcelona are reportedly interested in the potential transfer of Borussia Dortmund winger Jadon Sancho as they plan for life without Lionel Messi.

The Independent have recently linked Manchester United strongly with Sancho in a move worth around £80million, and it makes sense that he’d be a top target for the Red Devils to come in as an upgrade on the struggling Alexis Sanchez.

However, Don Balon claim Barcelona could also be in the running for the highly-rated young England international as they eye up a host of top attacking starlets to eventually help fill the void left by the ageing Messi, who cannot go on forever.

Sancho certainly has the talent to play for a big club like Barca after a stunning breakthrough in his time at Dortmund.

The 18-year-old looks like becoming one of the best players in the world in his position and it would be exciting to see him move to one of Europe’s elite in the near future. 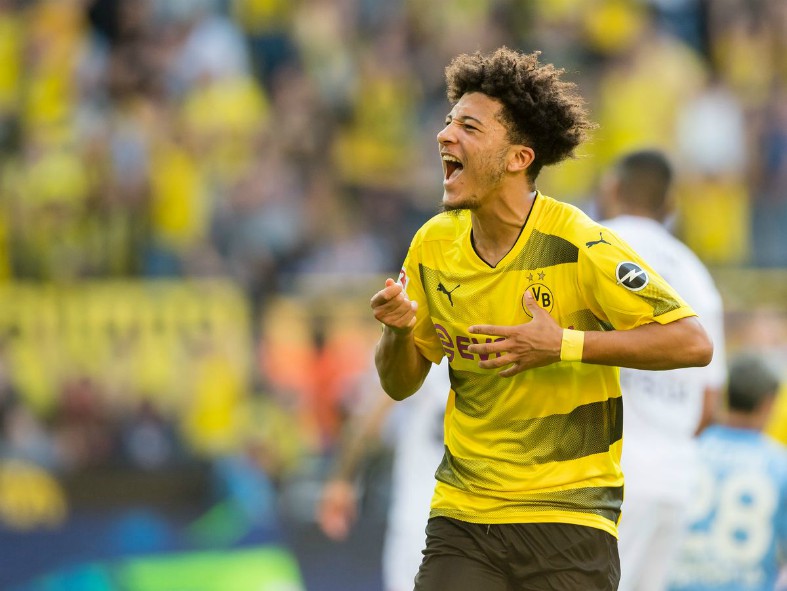 That said, it would also be great for fans of English football to see him return to the Premier League after a spell at Manchester City as a youngster.

It remains to be seen who he’d personally prefer if it came down to choosing between Man Utd or Barcelona.