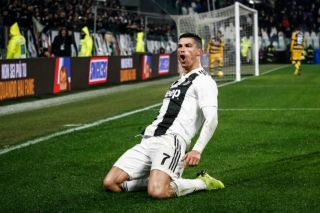 Cristiano Ronaldo bagged a sensational hat-trick for Juventus against Atletico Madrid on Tuesday night, and former club Real Madrid profited from it too.

The Bianconeri were 2-0 down after the first leg in the Spanish capital, with many doubting their ability to come back against Diego Simeone’s side.

However, they did so in style as they dominated in the second leg in Turin, with Ronaldo proving to be the hero on the night with a decisive hat-trick to turn the tie around.

In turn, Juventus will now wait for the Champions League quarter-final draw on Friday, and it appears as though his goalscoring heroics also benefitted former club Real Madrid too.

According to The Sun, by eliminating Atletico at this stage, Ronaldo ensured that Real Madrid get £540,000 more than they had expected in terms of revenue from the competition with the rights and money divided between the Spanish clubs.

It’s suggested that it’s even better news for Barcelona who were the only Spanish team to advance to the quarter-final stage, as they will now take home a bigger portion of the pot the deeper they go in the Champions League this season.

Nevertheless, from a Real Madrid perspective, despite crashing out of the competition themselves last week, Ronaldo is seemingly still busy doing them favours with his new club.