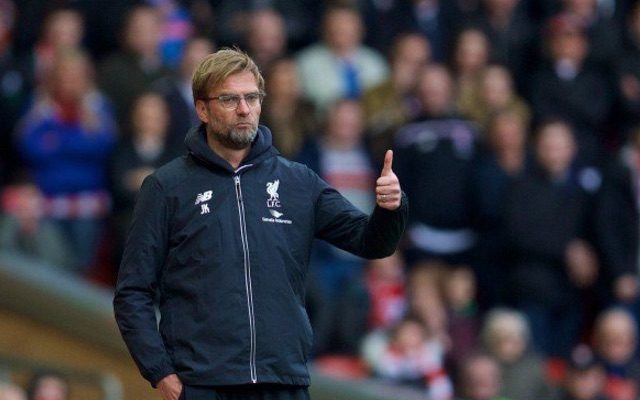 Liverpool boss Jurgen Klopp has revealed that Alex Oxlade-Chamberlain will be “100% fit” after the international break in a big boost for the Reds.

The Merseyside giants face Fulham on Sunday as they look to go back top of the Premier League table this weekend while title rivals Manchester City are in FA Cup action.

SEE MORE: Video: Rio Ferdinand has pundits in STITCHES as he talks about Virgil van Dijk

With the title run-in and their Champions League ambitions to consider, Klopp will be desperate to have as close to a fully fit squad at his disposal as possible, and it seems as though he could be edging closer to that after the international break.

Jordan Henderson suffered a blow in midweek against Bayern Munich as he was forced off in the first half with a knock to his ankle, and as seen in the tweet below from the Liverpool Echo’s James Pearce who was at Klopp’s press conference on Friday, the England international is ruled out against Fulham.

It sounds as though Naby Keita is at risk of watching alongside him on the sidelines as he continues to struggle with a knock of his own, but it will be music to the ears of Liverpool fans that Oxlade-Chamberlain will be ready to return after the break.

The 25-year-old has been out of action since the end of last season after he suffered a serious knee injury, although he did make his comeback for the U23s side last week before picking up a hamstring problem as he was replaced as a precaution.

That can’t have been a serious setback though as Klopp has suggested that he’ll be ready after the break, and so it remains to be seen just how important Oxlade-Chamberlain can prove to be in the final stages of the campaign.

Given his impact last season after his move from Arsenal, it could be argued that he’s capable of making a major difference in the Liverpool midfield.

Klopp on injuries: "Hendo's is serious enough to rule him out of the weekend. Just a little one with the ankle. The best scan we could get."

Klopp on Keita: "We will see if Naby is able to train later. After the international break Ox will be 100% fit."