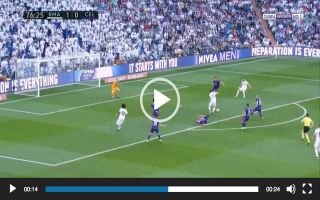 In the 76th minute of the clash Marcelo surged forward with the ball and displayed his great attacking talent, this will be a major boost in confidence for the Brazilian as he was out of the team during Santiago Solari’s reign as Madrid boss.

The veteran left-back drew out Celta’s defenders before slipping the ball into Bale and the former Tottenham star looked cool, calm and composed as he fired a lovely right-footed shot into the back of the net.

Two Madrid stars who have been seen as out-of-favour have scored in Zidane’s first game in charge since retuning to the Los Blancos hot-seat, this could be massive for the team.