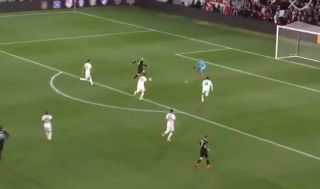 Wayne Rooney showed he’s still got it with three fine goals to secure a superb hat-trick for DC United yesterday.

Watch the goal clips in the video below, with Rooney scoring his first from the penalty spot before two excellent finishes that remind us of the elite striker he once was.

Of course, the standard is a bit lower in the MLS, but it’s great to still see Rooney doing his thing after a long and great career in the Premier League and with England.

The Manchester United legend may have lost some of his pace and all-round fitness, but it’s clear that touch, technique and intelligence still remain.