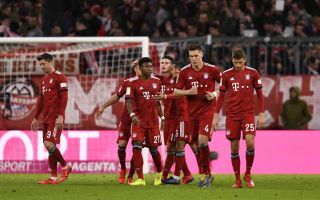 The social media team at Bundesliga side Mainz have been slammed by many fans on Twitter following their tweet after the 6-0 defeat to Bayern Munich this weekend.

Bayern were in superb form to stroll to this league win over Mainz, whose full name, you may be aware, is FSV Mainz 05, referencing to their having been founded in 1905.

Much has been made of the way football clubs’ Twitter accounts are run now, with some often run by amateur comedians or hired from the same agency.

While this can make for some amusing banter between teams, it also shows a bit of a disconnect between those running the accounts and the fans who passionately care about their team.

This seems to have gone down particularly badly and may have been a step too far. How would you react if your club did something like this after being on the receiving end of a thrashing?

Honestly if my club did this I’d be livid. It’s not cute or funny. It’s embarrassing https://t.co/eTPfPuznBj

Utterly embarrassing from the Mainz admin here. This is no thing to joke about. https://t.co/y7wx1Ywgnb

This is the crap that happens when the 'en' social media team has no real connection to the club, it's fans or ethos and when it's run from an agency office in NYC. Imagine being a real Mainz fan and doing this or following this account. Embarrassing really…. https://t.co/1Bu4fn48DJ

Mainz fans seems to agree. The desperation to gain popularity/likes among younger fans of other clubs is just embarrassing. https://t.co/77KLxY4ZKH

Yet another English Bundesliga club account taking the piss when they lose big. Can't imagine many Mainz fans find this funny.

Almost all of these childish unserious "_en" Bundesliga accounts are horribly embarrassing and cringey. https://t.co/PHmk6qURhR