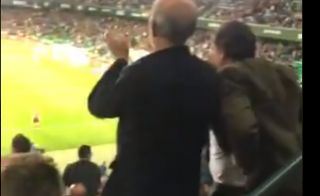 Lionel Messi was so good last night in Barcelona’s win over Real Betis, that the home fans gave him a standing ovation as he tore their side apart.

The Argentine was unplayable as he hit a hat trick for Barca, including a beautiful lob in the second half to complete his treble.

Messi continues to show himself to be one of the greatest to ever play the game, showing no signs of slowing down as he nears his 32nd birthday.

Betis fans certainly appreciated being able to watch this genius at work and applauded his performance in their own stadium.