Panithinaikos and Olympiakos’ big game in Greece barely got going before being called off due to incredible rioting scenes inside the stadium.

Fans had to be dealt with by police using tear gas after major rioting and flares going off inside the stadium, according to a report and the photos below from the Sun.

The report adds that a group of about 30 hooligans tried to attack the visiting team’s bench, with tensions clearly high in this big derby game.

This makes the Jack Grealish incident in last week’s derby between Birmingham City and Aston Villa over here look positively tame by comparison! 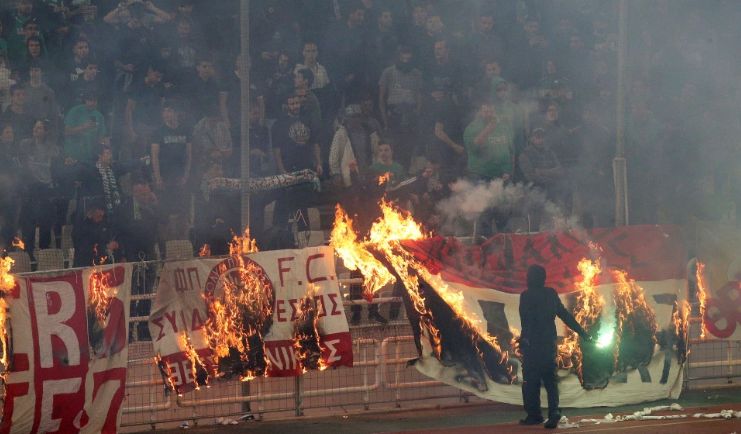 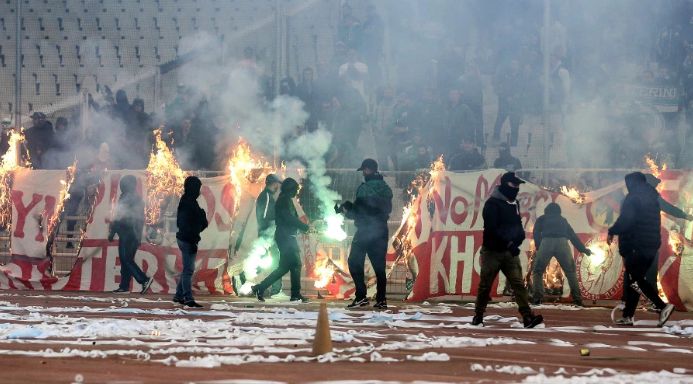 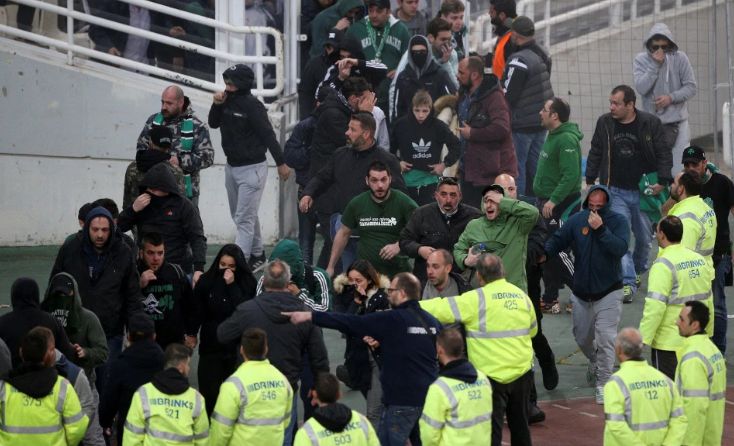