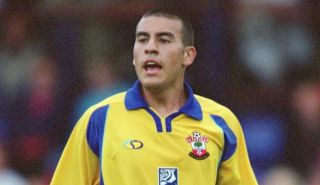 Former Southampton star Adrian Caceres has reportedly been jailed for 18 months after being found guilty of a Breaking Bad-style operation.

According to a report in the Sun, the former Argentine midfielder has been found to be a high-level dealer of Crystal Meth.

Caceres wasn’t a first-team regular at Southampton but did enjoy other spells in English football before a move to Australia later in his career.

However, things have clearly gone downhill since then after this shock development.

Judge Simon Stone said: “The quantity of the drugs and the number of clip-seal bags indicate that Caceres is a low-level user-dealer for reward.

“Most of the offending that come before this court is related to methamphetamine use, or illicit substances, in one way or another.”