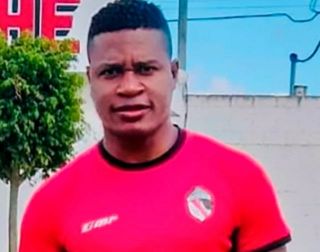 Quiche FC ace Jhon Fredy Hurtado has reportedly been arrested by police in Colombia for having sex in public, before allegedly trying to bribe them as well as giving them a false name.

As reported by The Sun, it’s claimed that he was caught having sex in his car and the 33-year-old then proceeded to give police the name of a former footballer.

Seemingly in a bid to escape further punishment, it’s added he also allegedly offered the police a bribe to allow them to go without charge, but that ultimately led to him facing more trouble as it was rejected and he now faces additional punishment for it.

“In the moment they were caught, the gentleman who said he was called ‘Pando’ Ramirez was found on top of Rocio Adely Giron (both without clothes) and both were asked if they would be kind enough to get changed, after which the motive for the arrest was made known,” a spokesman said.

It’s added by the Sun that Quiche FC have distanced themselves from the controversy, and so it remains to be seen what action not only the police take, but also the club too as Hurtado could have landed himself in real hot water on both fronts for his reported reckless behaviour.