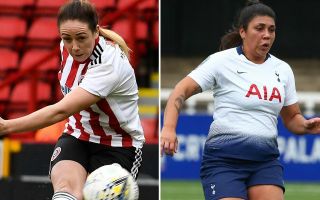 According to the Sun, the Blades forward has been found guilty by the Football Association for these racist chants, which should absolutely have no place in sport or society.

The report explains Jones has also been fined £200 and been put on an educational course, which Hector has welcomed.

This is certainly a disappointing story as there has generally been so much progress in the women’s game in recent times, while racism continues to be an issue in the men’s game as well.

Raheem Sterling was notably targeted by racist chants whilst playing for Manchester City at Chelsea earlier in the season, which led to those Blues supporters being banned, as reported by BBC Sport.

One hopes Jones can learn from this punishment and that we don’t see more incidents like this come up again any time soon after what feels like a particularly bad season on that front.