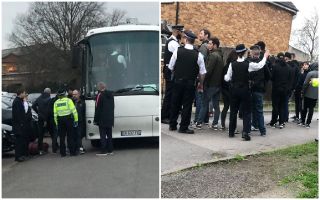 In a shocking story emerging on Thursday, PSG ultras were reportedly sent back to France by police after bringing weapons to a women’s game against Chelsea.

As noted in broadcaster Jacqui Oatley’s tweet below, a coach full of PSG ‘fans’ who have been banned from attending men’s and youth team games, are still able to watch the women’s side in action.

However, this is where things get absolutely ridiculous as it’s added that they brought weapons with them, including knuckledusters and knives, as well as drugs, while also being accused of doing damage to the Kingsmeadow ground.

Clearly intent on causing trouble and doing damage, it’s added that they were sent back to France on their coach to avoid any further issues arising, in what is a frankly shocking turn of events at an otherwise peaceful encounter.

It’s also suggested that they had their tickets confiscated and weren’t given access to the game, which was undoubtedly a sensible decision from the police and authorities as this is not what they want associated with the women’s game, or the game at all.

This is the coach of PSG supporters being sent back to France. I’m told there were weapons – knuckle duster and knives – plus drugs on board. They damaged Chelsea’s Kingsmeadow ground this morning before returning later. Banned from PSG men’s and youth games but not women’s. pic.twitter.com/5u1IdTvUTm

The 50 PSG ultras who arrived at Kingsmeadow at 8am have had their tickets confiscated and won’t be coming into this women’s match pic.twitter.com/PMSKifMkzw