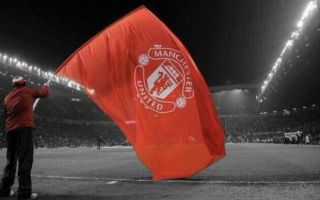 Gareth Bale is reportedly ready to run down his current contract with Real Madrid in order to seal a move to Manchester United.

Bale has been struggling severely for Real this year, with the Welshman’s poor form and injury troubles contributing to his torrid time in the Spanish capital this term.

And it seems like Bale has had enough of life at the Santiago Bernabeu, as Don Balon are reporting that the winger is ready to see out his contract with Los Blancos in order to seal a move to Man United.

The report also notes that Bale doesn’t want his transfer to cost more than €80M, a total that’s €40M less than the €120M asking price Real currently have for the former Spurs star, as per another report from Don Balon.

This news will be great for United to hear, as it seems like the only thing standing in the way of the club sealing a move for Bale is time itself.

The Welsh international has already shown during his time with Spurs that he has what it takes to compete against the very best the Premier League has to offer, thus this shouldn’t be a worry for United if they do end up signing him.

Following this report, it seems like Bale has his heart set on a move to Old Trafford, all that remains to be seen if whether Solskjaer’s side sign the forward for free, or end up forking out a hefty fee.

Our money’s on the latter….