Manchester United have reportedly opened contact with the agent of Jadon Sancho regarding a £70M transfer switch for the player in the summer.

Sancho has become one of Europe’s hottest prospects this season following his fine start to life at Borussia Dortmund, and it seems like Man United are one of the clubs leading the race for the 18-year-old.

As per the Sun, United have made contact with the player’s agent regarding a move, with it also being stated that Dortmund have put a £70M price tag on the youngster’s head.

It’s also noted that PSG are keen on the winger, however Sancho would prefer a move to Old Trafford over one to the French capital.

United have made contact with Sancho’s agent regarding a transfer

United getting Sancho would be a huge coup for the Red Devils, as they would have a player who’s more than capable of becoming one of the best in the world in the coming years.

Sancho has already shown he has the potential to be a superstar in the future, it just remains to be seen as to whether the England international will fulfil this potential in the coming seasons.

Although United already have young wingers like Anthony Martial and Marcus Rashford in their squad, they should still go after Sancho, as the 18-year-old has the potential to be better than both the United pair in the future. 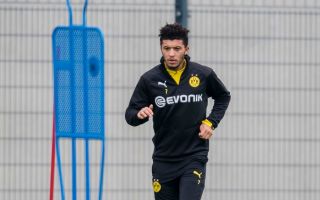